Les Creus natural mineral water comes from the spring in Maçanet de Cabrenys (Girona) in the Eastern Pyrenees. The characteristics that make Les Creus a water of great quality are its low hardness and low mineral content. The first quality makes it especially suitable as a fine table water, highly valued by gastronomes and gourmets, and its low mineral content makes it suitable for low-sodium diets.

Les Creus is water from Empordà. Drinking Les Creus means drinking in Empordà, a Catalonian district rich in values, history, cultural and artistic expressions, and above all a very unique character, rooted in its Mediterranean landscape and in its people.

The water with the identity of Empordà

Maçanet de Cabrenys is a small town located on the slope of the Pyrenees in the Alt Empordà district (Girona). The municipality is located in a small valley carved out by the waters of the torrents of Ardenys and Frausa. Its particular orography and the fact that Maçanet has considerable rainfall, make this a very privileged area due to the large number of water sources. The water that flows from these springs has always been characterized by its great purity and mineral richness, a fact that does not go unnoticed by the inhabitants of the town or those who have visited these places since ancient times seeking shelter and the richness of its waters.

The name Les Creus is of unknown origin, although it is believed to have come from the fact that in the seventeenth century there was a chapel a short distance from the town that was called “Creu del Pal” that was directly related to the iron bar of Maçanet, popularly known as the Roldán bar, which, according to legend, the knight wielded against his enemies.

Les Creus spring was located on land very close to the village center, so it was one of the places most visited by the residents of Maçanet and the inhabitants of the district. The location was developed in the winter of 1936 so that everyone who wanted to visit it could find a nice place to spend time.

In the forties, Dr. Jaume Riuró, then a doctor in the town, knowing that there was a lot of talk about the excellent properties of these waters, decided to test them and he obtained results that confirmed these characteristics, making their commercialization possible. The declaration of Font de Les Creus waters as mineral-medicinal took place on August 22, 1955. Later, when the declaration of public utility and right to use were obtained, Font de Les Creus water began to be marketed and distributed for retail purposes.

Once the early stages had been completed, the need to expand the company became evident and in 1968 the company Aguas Les Creus, S.A. was founded. At this time, the bottling plant was expanded and the machinery was modernized. The workforce also increased.

Les Creus S.A. was brought into the Vichy Catalan Corporation business group in 1987. Since then, the company has experienced a notable change in the presentation and advertising of its products. 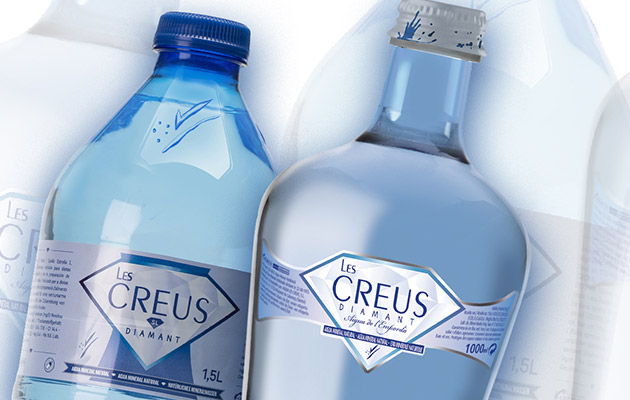 Les Creus Diamant comes in one of the most carefully designed and exclusive containers on the market, which reflects and disperses its natural blue light in the environment, evoking the transparency of the water from one of the most prized springs in the world. It is an elegant bottle, perfect for adorning the best tables.

The details in a diamond are what make it perfect, and this is how Les Creus Diamant was conceived, as a water that cares for every single detail.

With the diamond-shaped design of its labeling, maximum visual impact has been achieved and we convey the excellence that characterizes this exceptional water. 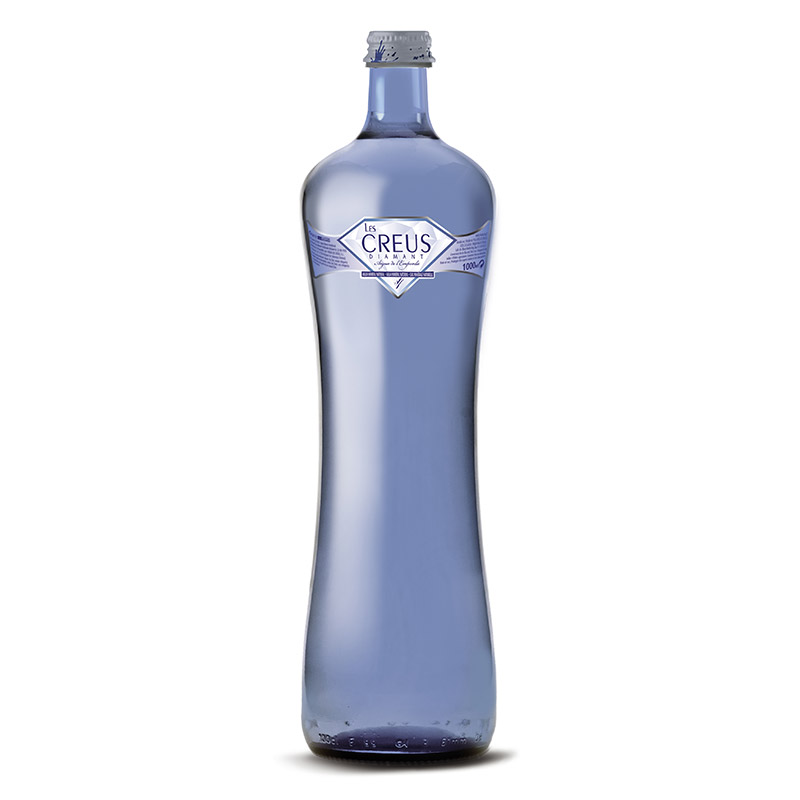 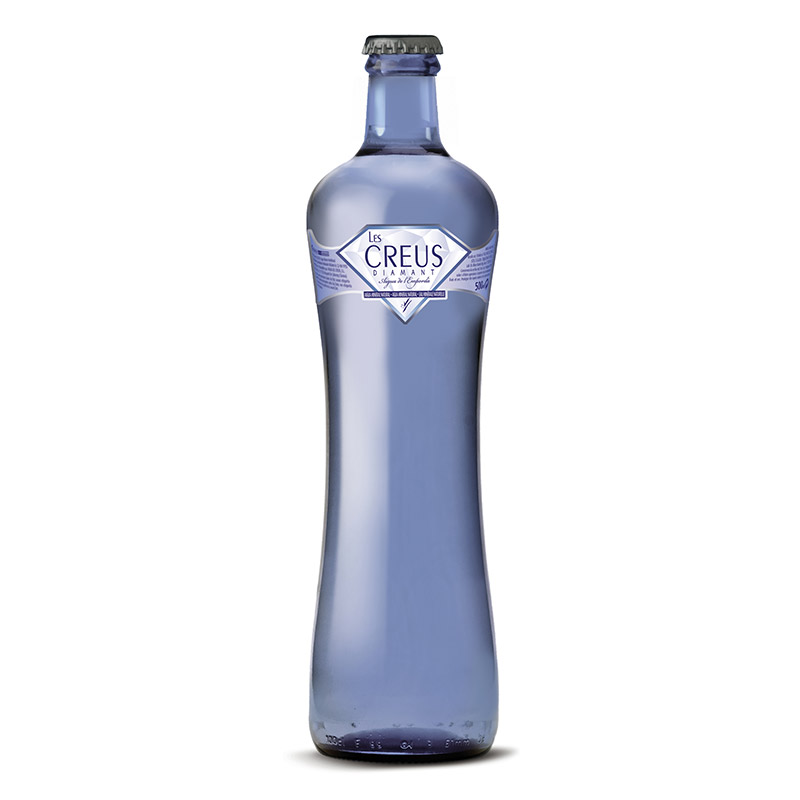 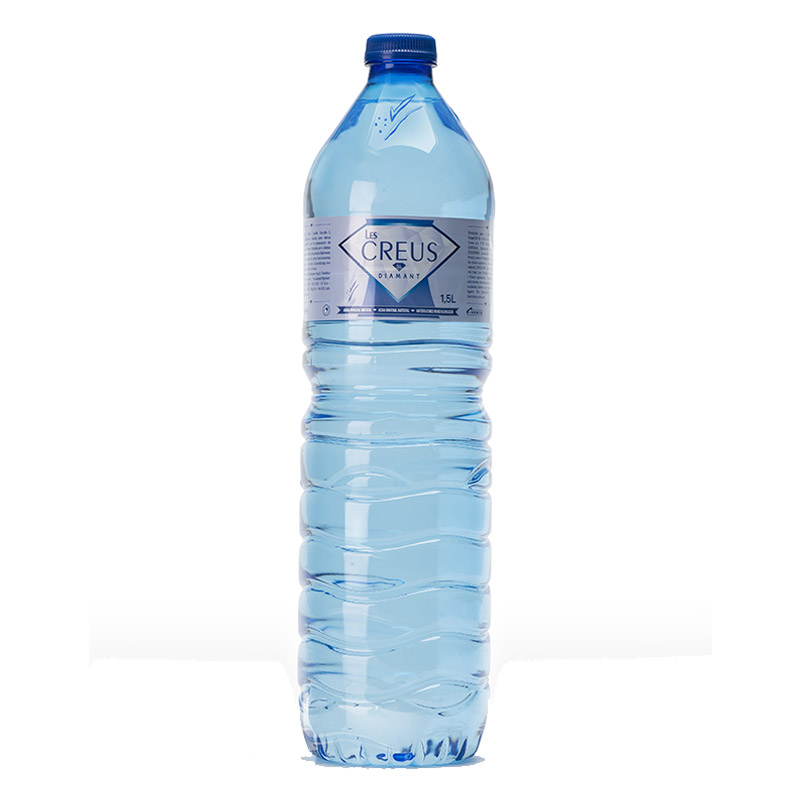 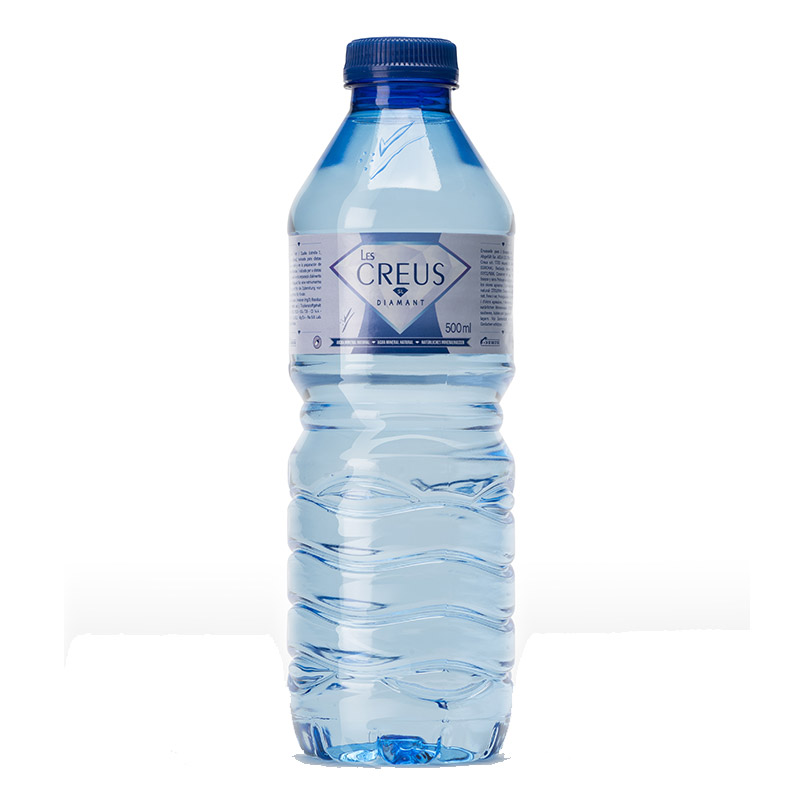 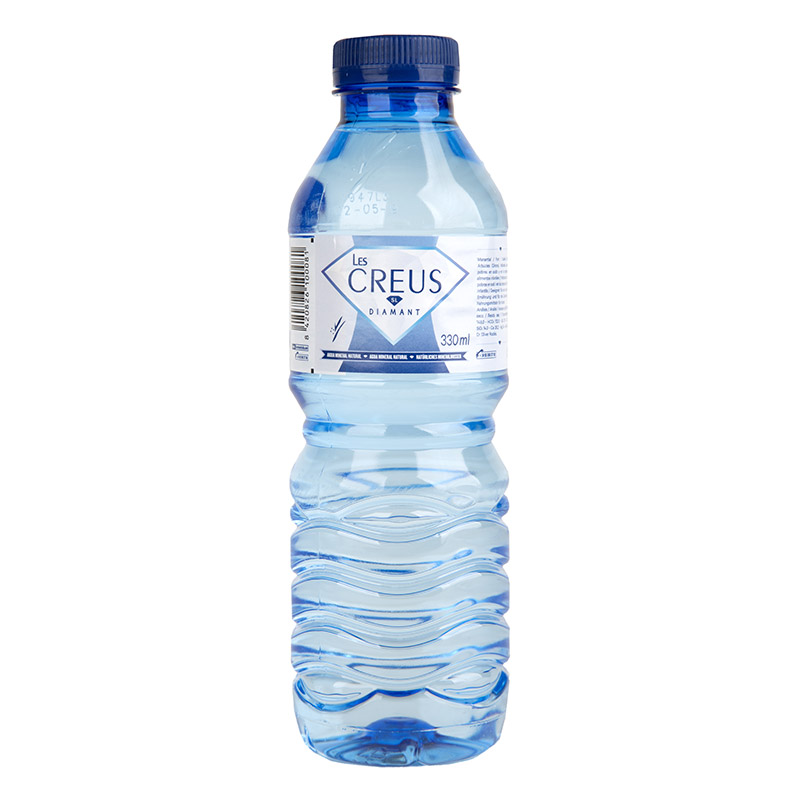 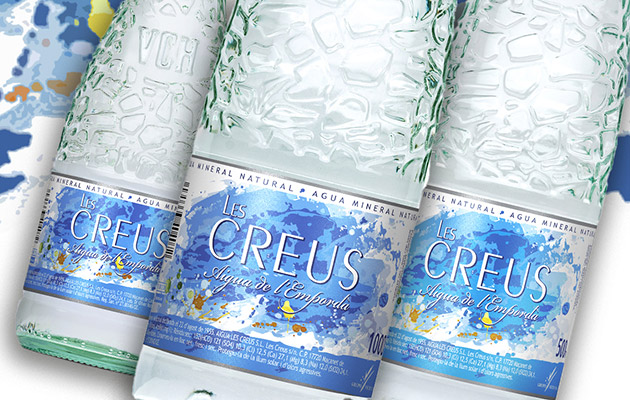 Its image, in keeping with its origin, offers values such as the landscape, the sea and culture, which are reflected in its labeling. 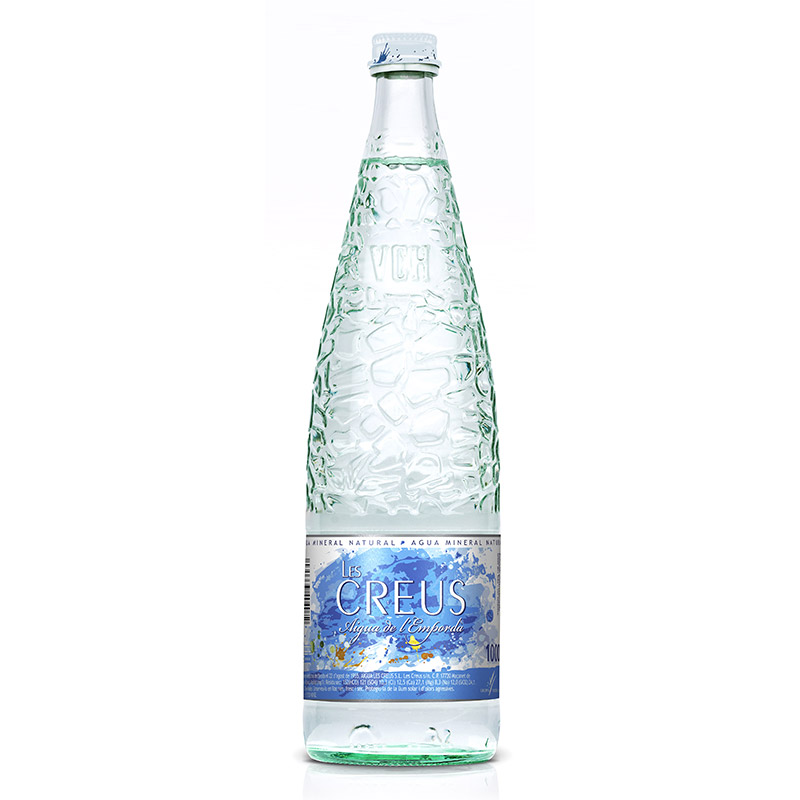 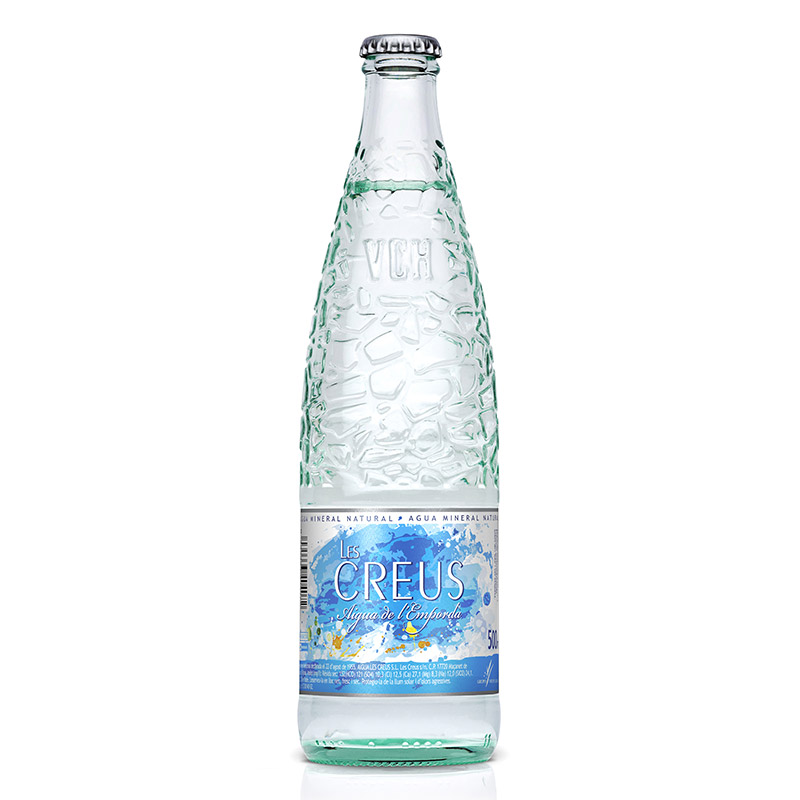 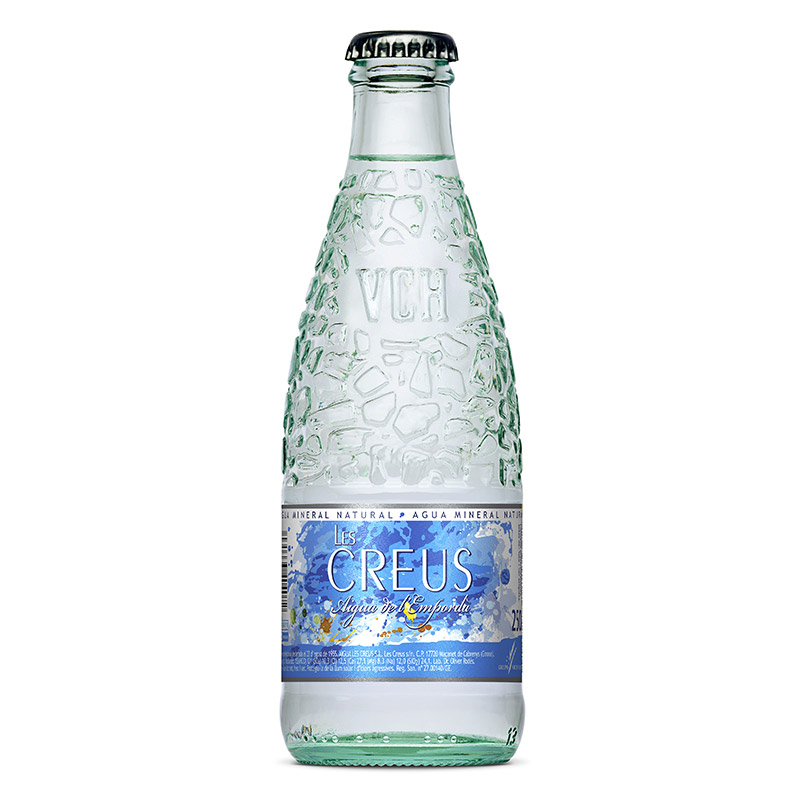