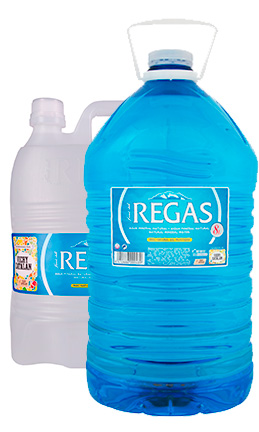 The taste of a “gran reserva”

It comes from Arbúcies (Girona), in the surroundings of the magnificent Montseny nature park. This explains the balanced purity of its composition, famous for its refined taste. The spring was discovered in 1887 and at that time its waters were recognized as “excellent” as a result of tests run by the Medical-Pharmaceutical Academy of Barcelona. When the first bottling facilities opened in 1890, it was renamed Manantial Reina Regente (Queen Regent Spring), in honor of Queen Maria Cristina of Austria.

One of the many riches of the town of Arbúcies is the water that flows from the springs in the town and the surrounding landscape.

In the last century, the existence of mineral-medicinal waters in the land of Regàs was already known. In 1887, two neighbors from Arbúcies established an agreement with the owner of Mas Regàs to extract some water located in a spot called Las Fonticas. The Medical-Pharmaceutical Academy of Barcelona analyzed them and classified them into the group of excellent waters. In 1890, Ricardo Cortada, licensed doctor and mayor of Arbúcies, published a review of the mineral-medicinal waters of Arbúcies, where he reiterated the findings about the waters and their properties.

These waters were publicly known under the name of Manantial Reina Regente (Queen Regent Spring), in honor of Queen Maria Cristina of Austria, and were opened on July 3, 1890 with many famous people attending the event.

After a long hiatus during which the spring remained unexploited, a new phase began in the 1950s when Josep Regàs Mataró came up with the idea of starting a project to exploit the spring. First, the waters were analyzed by the Provincial Headquarters of Girona, the Municipal Laboratory of Barcelona and the Spanish Geological and Mining Institute, which classified them as oligometalic, as they contained few mineral salts, so they turned out to be very fine and, therefore, diuretic waters.

The spot where the spring was located was developed to allow for the future bottling tasks, and a small one-room building was built where the bottling process was carried out, which at that time was focused exclusively on 8-liter glass containers. The official inauguration of the new business at Font del Regàs took place on Sunday December 13, 1959.

During the sixties, water from the Font del Regàs was distributed across all of Spain, although its main consumers were located in Catalonia, the Levante area and the Canary Islands. The advertising of the water was carried out with the slogan “FONT DEL REGÀS from the Montseny massif to your lips”, and the traditional 8-liter container was complemented with the new liter and a half bottles.

The nineteen seventies saw a new stage in the history of Font del Regàs, with the incorporation of the new company Font del Regàs, S.A. on April 9, 1973, and the construction of a new bottling plant located a few meters from the previous one. The new facilities were opened in the period between 1975 and 1976.

The final boost for Font del Regàs, S.A. arrived with its incorporation into Vichy Catalan Corporation in 1989, an event that marked the company’s history from that time until today.

LEADER IN THE 8-LITER
SEGMENT

Now also in a practical and convenient 8L PET container.

The characteristics of this water, with a low mineral content, make it a very fine water with a pleasant flavor, so it is suitable for both preparing and accompanying dishes. 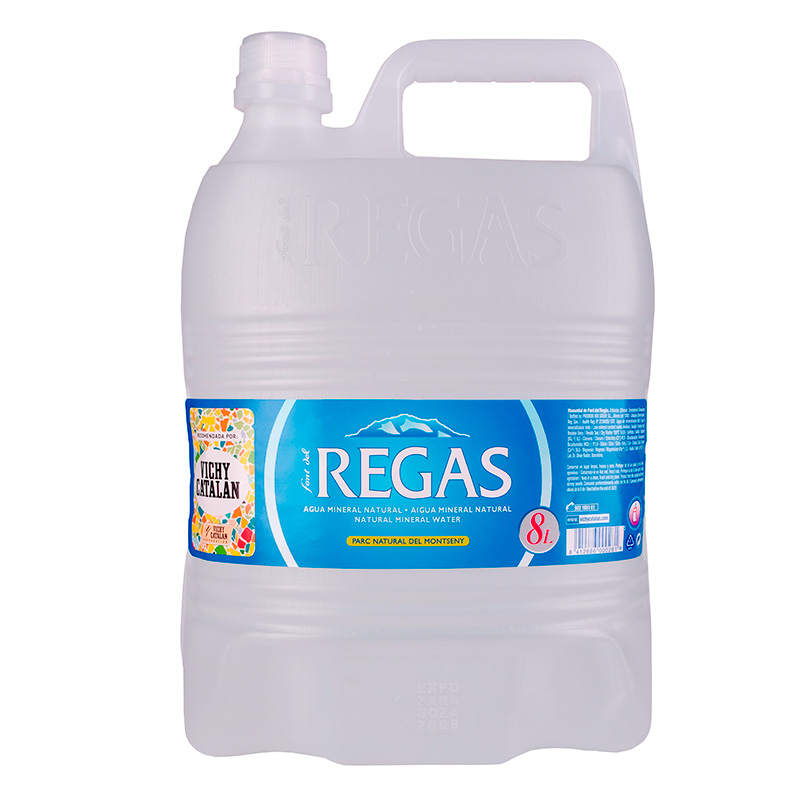 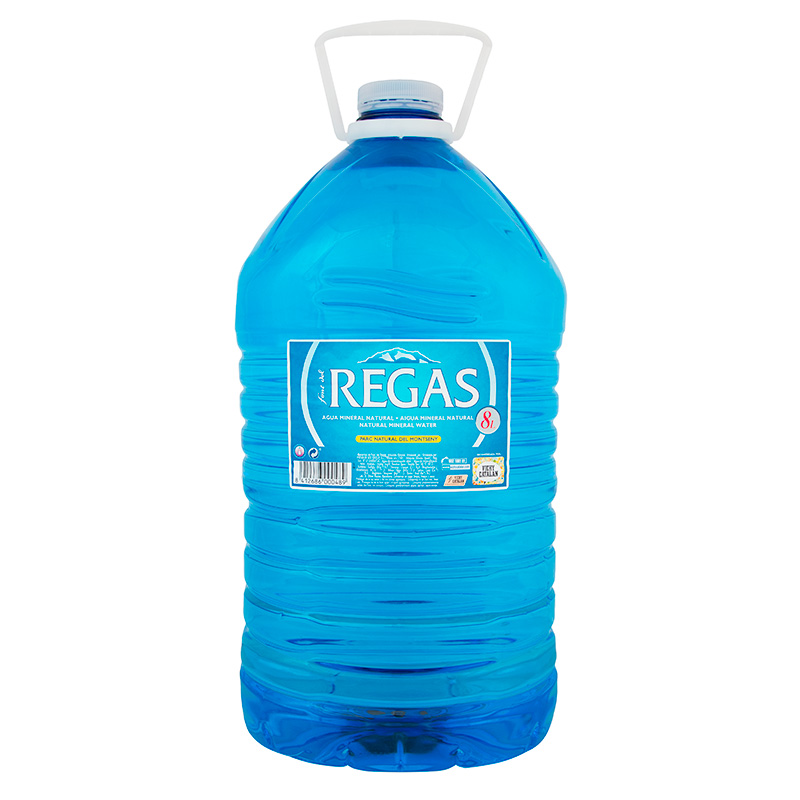